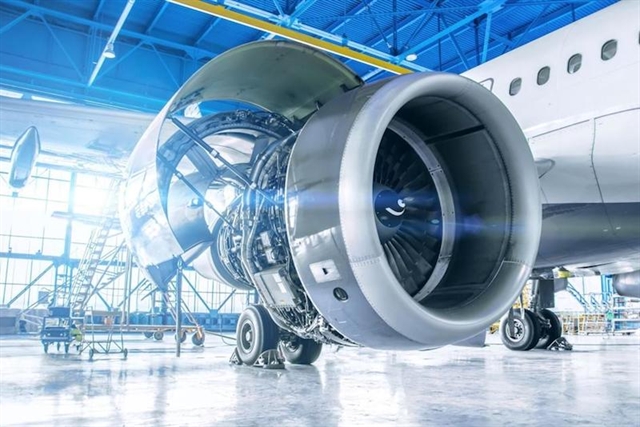 Additive manufacturing company Optomec was awarded a $1 million contract by the U.S. Air Force to repair engine turbine parts. The agreement will involve using high volume production machinery to restore parts such as titanium turbine blades of aircraft. In addition to the repairs themselves, Optomec will help the Air Force optimize the process for their Maintenance, Repair, and Overhaul program, in which billions of dollars are spent annually to service military aircraft engines. This represents a slice of the estimated $50B per year global market for commercial and military aviation repair services. A bulk of these expenses go toward replacing old parts with new ones, an expensive process that could be on track to change with Optomec’s new system.

Optomec’s Metal Additive Repair solutions work by restoring existing parts instead of the costly alternative of replacing them, resulting in up to 70 per cent in savings, according to the company. The restoration process also reduces the Air Force’s dependence on the global supply chain, making the overall repair process more predictable with shorter lead times. The equipment used in the restoration process includes an automated batch processing system in an oxygen-free controlled atmosphere and an adaptive vision system. This system can push through tens of thousands of repairs per year. The restoration system equipment will be installed at Tinker Air Force Base in Oklahoma City where the work will begin on refurbishing turbine blades as well as more general repair optimization.

Optomec will repair military aircraft using its proprietary LENS technology, a metal additive repair solution that is developed for commercial applications over two decades ago. The technology uses a process called Directed Energy Deposition or DED in which concentrated steam of metal powder is shot forcefully into a molten pool created by a laser beam. A precise process unfolds of controlling both the pool and flow of powder until a metal structure is built-up in small increments at a time. The result is a dense, high performance restored part or a repaired component of an existing piece. About 100 of Optomec’s LENS/DED machines are being used in commercial aviation markets.

“The challenge given to us by the Air Force was to provide a system based on commercially proven capabilities that meet their production and technical requirements,” said Jamie Hanson, VP Business Development at Optomec. “ We will be providing a first of a kind machine with automation that enables virtually uninterrupted production in an oxygen-free environment. This capability will help enable the broader aerospace industry by meeting its cost-reduction goals going forward. ”