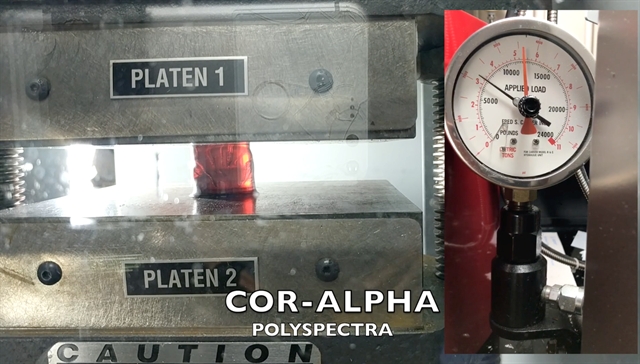 You Could Win $25K Worth of 3D Printing Services > ENGINEERING.com

A start-up based in Berkeley, California, polySpectra, is attempting to make better materials for 3D printing. Their inaugural material, COR Alpha, promises to be a stronger and more durable material for digital light processing (DLP) printing. If it’s a compelling fit for your project, you could win $25,000 worth of 3D printing services from polySpectra.

In an attempt to spur the development of 3D printed projects with COR Alpha, polySpectra is holding the Make It Real 3D Printing Challenge. The challenge calls for submissions of designs that could benefit from the new material. The winner will receive $25,000 worth of polySpectra’s 3D printing services in the form of mentoring, design consultation, functional prototyping, qualification, testing and fabrication. Applications are due September 28.

What is COR Alpha?

COR, short for Cyclic Olefin Resin, is polySpectra’s proprietary line of additive manufacturing materials, and Alpha is the first iteration. The company has compiled a series of videos to illustrate the strength and durability of COR Alpha. The first shows a small item made of COR Alpha withstand the grinding blades of a blender while a similar item made from a standard polymer is broken into small pieces.

In another video, a piece of COR Alpha is unscathed despite being dipped into boiling water, while its standard polymer counterpart is bent by the hot bath; similar footage shows a hair dryer delivering the same fate to the standard polymer, but no visible effect on polySpectra’s material. Another clip shows COR Alpha withstanding thousands of pounds of pressure while a traditional material shatters. Finally, a hook made of COR Alpha is depicted remaining intact after being soaked in acetone for 24 hours, though a standard polymer hook breaks following the same conditions.

One of polySpectra’s goals is to make the 3D printing process one that can fabricate items that are as durable as those produced in traditional manufacturing, instead of merely prototypes, as is often the case with additive manufacturing. Achieving this goal would give designers and developers an opportunity to manufacture products more economically and potentially in-house.

“I believe that the maker movement is ultimately limited by the materials that are available,” wrote polySpectra founder, Raymond Weitekamp. He adds “there are clearly a huge number of cases where ‘small batch’ additive manufacturing can win on cost and time—not to mention the deep reductions in both input energy and generated waste that are afforded by 3D printing. If only we had the materials.”

COR Alpha is using Digital Light Processing printing in which a photopolymer resin is cured under a light source. DLP provides a fast, high quality finish, but generally doesn’t produce durable products. COR Alpha, developed by Weitekamp, fills in the gap with its strength under a variety of harsh conditions. A few examples of applications of this additive material are encasing for electronic components, prosthetics, gears and venturi valves.